Russia’s war on Ukraine is exacting a brutal toll. As the conflict continues, the United Nations reports that millions of Ukrainians have been forced from their homes; more than 6,700 civilians have been killed and more than 10,000 injured. At least 13 journalists have been killed covering the war and CPJ is investigating whether the deaths of two others were related to their journalism. Russia’s independent media have been gutted as scores of journalists have fled onerous new media restrictions in their homeland, and dozens of Belarusian journalists who had earlier found refuge in Ukraine from their own country’s media crackdown were forced to flee yet again.

CPJ has called for the protection of Ukrainian journalists, along with the international reporters and media workers who join them in covering the conflict. Read CPJ’s Russia-Ukraine watch for detailed weekly round-ups of regional attacks on press freedom during the first four months of the conflict.

Guide to movement of PPE into Ukraine

If you are a journalist in need of emergency assistance, please contact [email protected]. 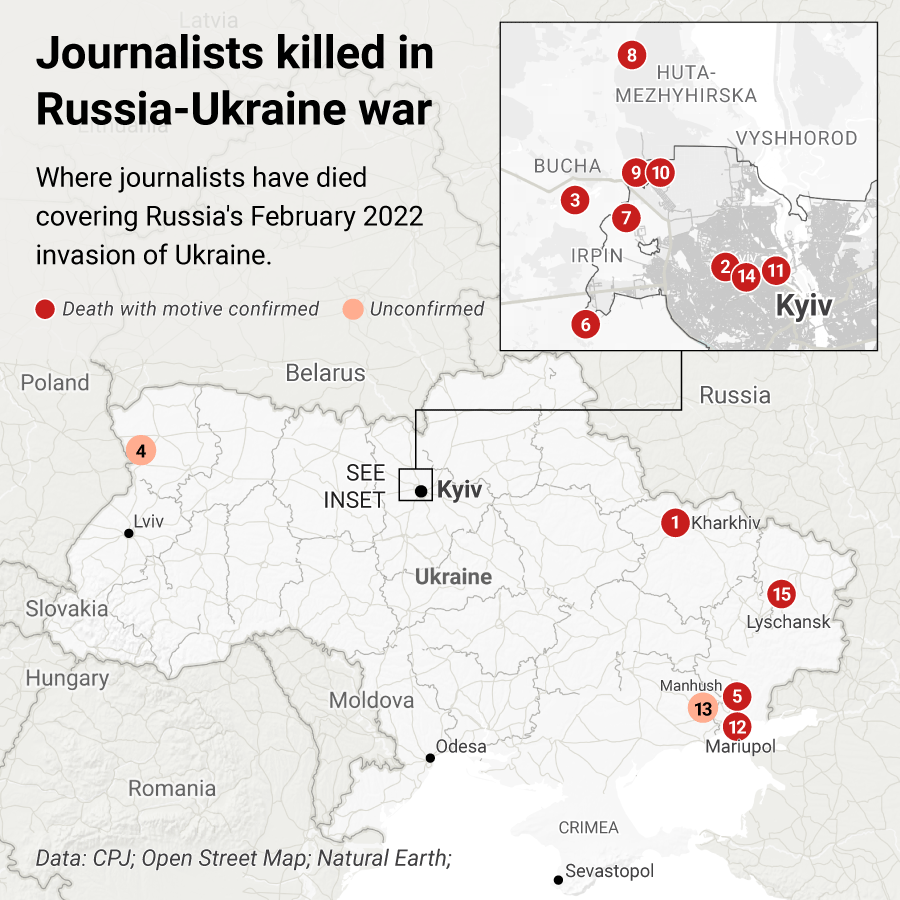 More news and features of note

The Atlantic: The volunteers who are saving Ukraine

BBC: Some of UK’s top journalists barred from Russia

Nieman Reports: Ukraine’s information war is winning hearts and minds in the West

‘I almost got hit’: The Guardian reports on the Ukrainian journalists turned war correspondents overnight

TIME: Olga Rudenko and the Kyiv Independent are giving the world a window into a devastating war