CPJ is deeply saddened by reports indicating that British journalist Dom Phillips and Indigenous expert Bruno Pereira were killed while working in the Amazon and urges Brazilian authorities to ensure a timely forensic analysis and, if their deaths are confirmed, bring all those responsible to justice.

“Their loved ones, colleagues, and the public deserve to know what happened to Dom and Bruno and why they are not home with their families right now,” said Natalie Southwick, CPJ’s Latin America and the Caribbean program coordinator. Read more here and follow our Twitter account @pressfreedom for timely updates on the case.

Meanwhile, in the U.S., false narratives, threats of arrest, and a biker group blocking access are just a few of the challenges journalists have faced while covering the aftermath of the May 24 shooting at Robb Elementary School in Uvalde, Texas, where police failed to stop the 18-year-old gunman from killing 19 students and two teachers.

To learn more about what journalists have faced, Katherine Jacobsen, CPJ’s U.S. and Canada program coordinator, spoke with Guillermo Contreras, a staff writer at the local San Antonio Express-News, and Zach Despart, a politics reporter at the Texas Tribune news website, who have covered different aspects of the shooting. 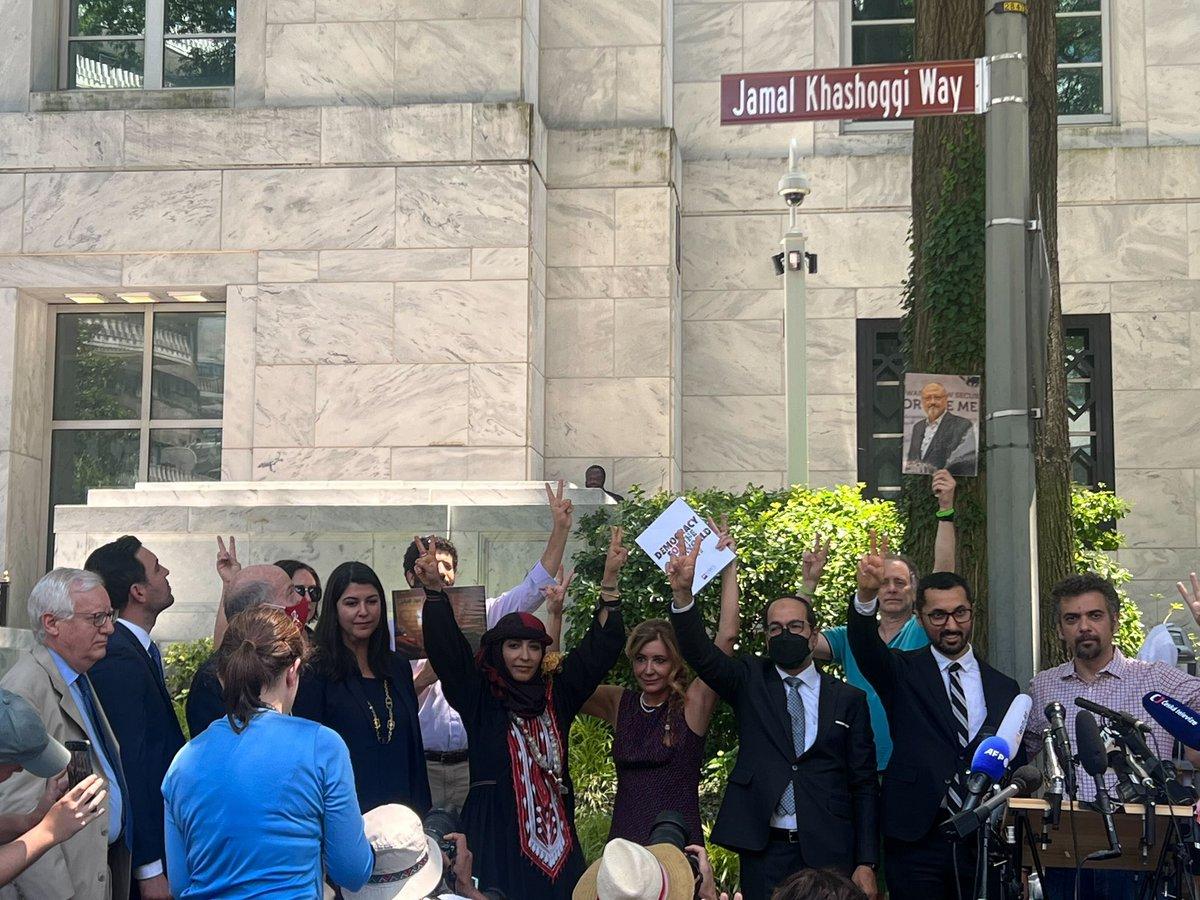 The unveiling of the Jamal Khashoggi Way street sign outside the Saudi Embassy in Washington, D.C., on June 15, 2022. (CPJ/Esha Sarai)

On Wednesday, CPJ joined Democracy for the Arab World Now and 10 press freedom and human rights organizations for a ceremony unveiling a new street sign marking Jamal Khashoggi Way outside the Saudi Embassy in Washington, D.C. Representatives from civil society, members of the D.C. City Council, and friends of Khashoggi also gathered outside the embassy to reveal the sign at 1:14 p.m., the same time Khashoggi entered the Saudi consulate in Istanbul before being murdered on October 2, 2018.

Following the unveiling, a series of speakers reminded the world of Khashoggi, his work, and the importance of holding the Saudi government accountable for his murder.

“Someday soon, someone somewhere is going to Google the Saudi Embassy and see the name of the street on which it is located: Jamal Khashoggi Way,” said CPJ Washington Advocacy Manager Michael De Dora. “And that matters. Every little bit of accountability matters. It shows power-hungry dictators and autocrats that there are people who will not sit idly by while journalists are targeted.” Watch a video of the event here.

One day before the ceremony, CPJ called on the Biden administration not to normalize journalist killings and imprisonment ahead of his Middle East trip.

“President Biden’s planned meetings with Israeli, Saudi, and Egyptian leaders next month run the risk of a return to business as usual, despite overwhelming evidence that their governments targeted journalists,” said CPJ’s Senior Middle East and North Africa Researcher Justin Shilad. “Biden should not normalize the killing and jailing of journalists but should instead demand accountability and the release of journalists behind bars.”

German broadcaster Deutsche Welle’s Global Media Forum will open its doors from June 20 to 21 in Bonn, bringing together global leaders and media, technology, and civil society experts. CPJ President Jodie Ginsberg will participate in a panel discussion on digital literacy on Monday at 10:15 am EDT/4:15 pm CEST. Tune in to the livestream here.

What we are reading (and watching)