“I wanted to reach her, but I just couldn’t,” Shatha Hanaysha — the 29-year-old Palestinian correspondent who was seen in the video of the aftermath of the killing of Palestinian-American journalist Shireen Abu Akleh last week — told CPJ, recalling the danger of extending her hand to touch her colleague’s body. “When I was asked, ‘What do you want to be when you grow up?’ I often answered, “I want to be a journalist like Shireen.” Read CPJ’s full Q&A with Hanaysha here.

CPJ continues to call for an independent international investigation into Abu Akleh’s killing and calls on the Biden administration, ahead of the U.S. president’s planned trip to Israel this summer, to put Abu Akleh at the very top of the U.S. agenda with the Israeli government.

Reporting from Warsaw, Poland, CPJ’s Katherine Jacobsen writes about the “special responsibility” Polish journalists feel toward their Ukrainian counterparts. She met with Joanna Krawczyk, head of Wyborcza Foundation, a Polish media support initiative, as Krawczyk was fielding messages from colleagues coordinating the passage of a truckload of reporting equipment from Poland to Ukraine.

“It’s like a rotating menu in a restaurant,” Krawczyk told Jacobsen of the group’s donations to match the quickly evolving needs of Ukrainian journalists. Since Russia’s invasion on February 24, the foundation has been part of efforts to send bullet-proof vests, first aid kits, technical gear, and more to Ukrainian journalists so they can continue to tell the story of the war. Read the full story here.

Check out CPJ’s Russia-Ukraine Watch, updated weekly on Thursdays here, and sign up to receive a daily digest of our coverage of the war and press freedom here. 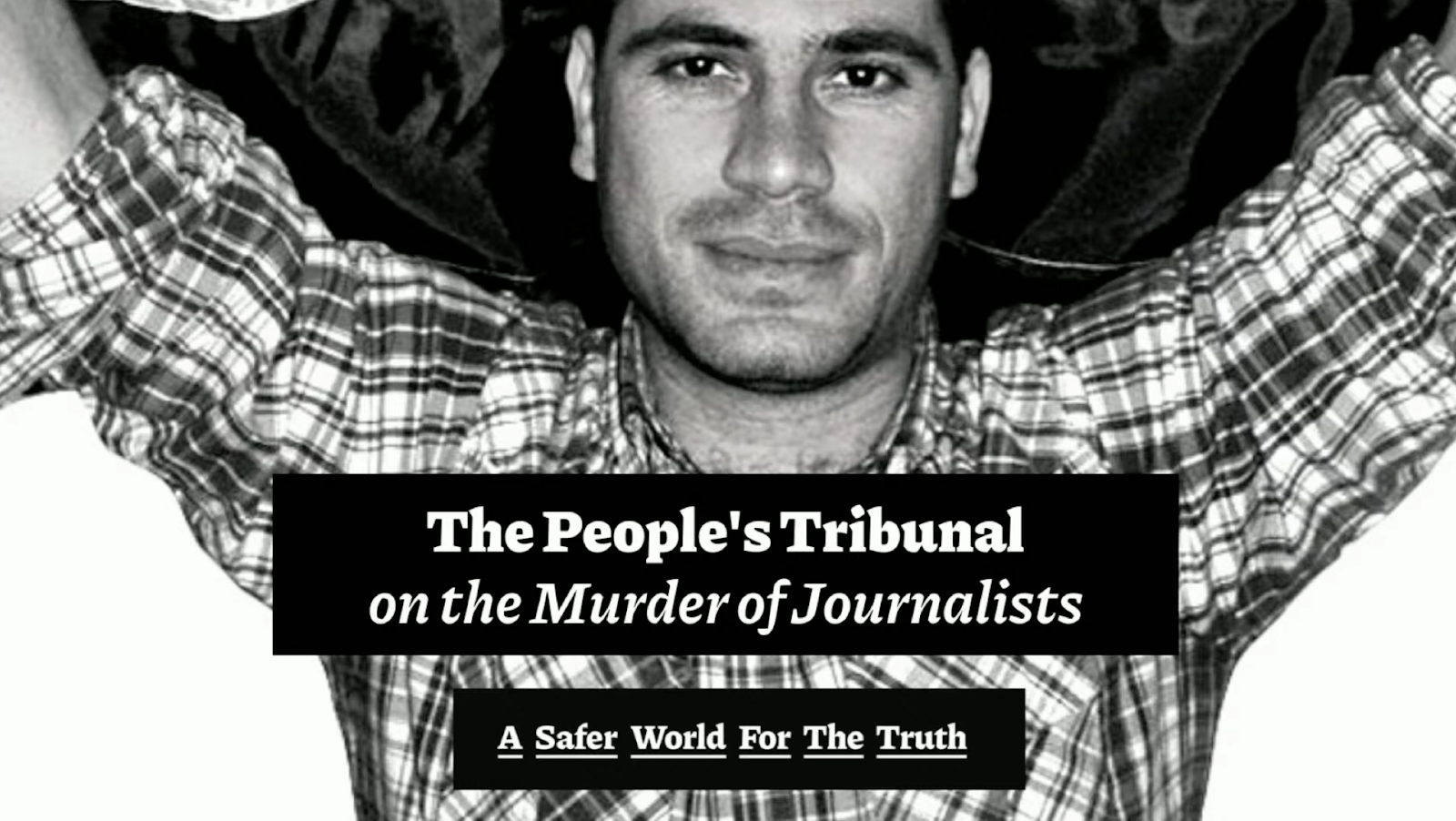 Syrian journalist Nabil Al-Sharbaji died in 2015 after being tortured in a military prison run by the Syrian government. (A Safer World for the Truth)

The People’s Tribunal on the Murder of Journalists — a part of A Safer World for the Truth, organized by CPJ, Free Press Unlimited, and Reporters without Borders — convened in The Hague in the Netherlands this week for the Syria Case Hearing in partnership with the Syrian Center for Media and Freedom of Expression. The case is journalist Nabil Al-Sharbaji, who died in 2015 after being tortured in a military prison run by the Syrian government.

The Government of Syria has been officially notified about the prosecution’s indictment by the independent Permanent People’s Tribunal and was invited to exercise its right of defense during the hearing. For questions about the Tribunal, please visit this FAQ page.

What we are reading (and watching)