As the COVID-19 pandemic spread rapidly around the world, few countries were already in such a state of humanitarian crisis as Venezuela. The precarious nature of its economy and society extended to the information landscape—in large part due to a decade-long effort by Venezuelan authorities to force radio stations off the air.

Under the late President Hugo Chávez and his successor, Nicolás Maduro, the Venezuelan authorities have cracked down ever harder on the country’s independent media, amid a larger campaign to repress political dissent and human rights activists. The Committee to Protect Journalists has documented the implementation of a raft of restrictive measures, as well as the arrest and harassment of journalists, that have left the Venezuelan media weakened and in decline.

In August 2009, the Chávez regime canceled the licenses of 32 radio stations in a single day, touching off a wave of closures over the next decade through overt censorship and other factors.

According to data compiled by Venezuelan press freedom group Espacio Público and shared with CPJ, 180 radio stations that provided news and information went off the air between 2009 and 2020. The vast majority of cases are straightforward shutdowns by authorities, who pull stations off the air for a myriad of alleged violations, such as breaching legal provisions or expired licenses. In other cases, local authorities purposely cut off power. Some stations were pushed off the air due to a lack of basic services, such as persistent power outages and shortages of gasoline for staff to go to work. 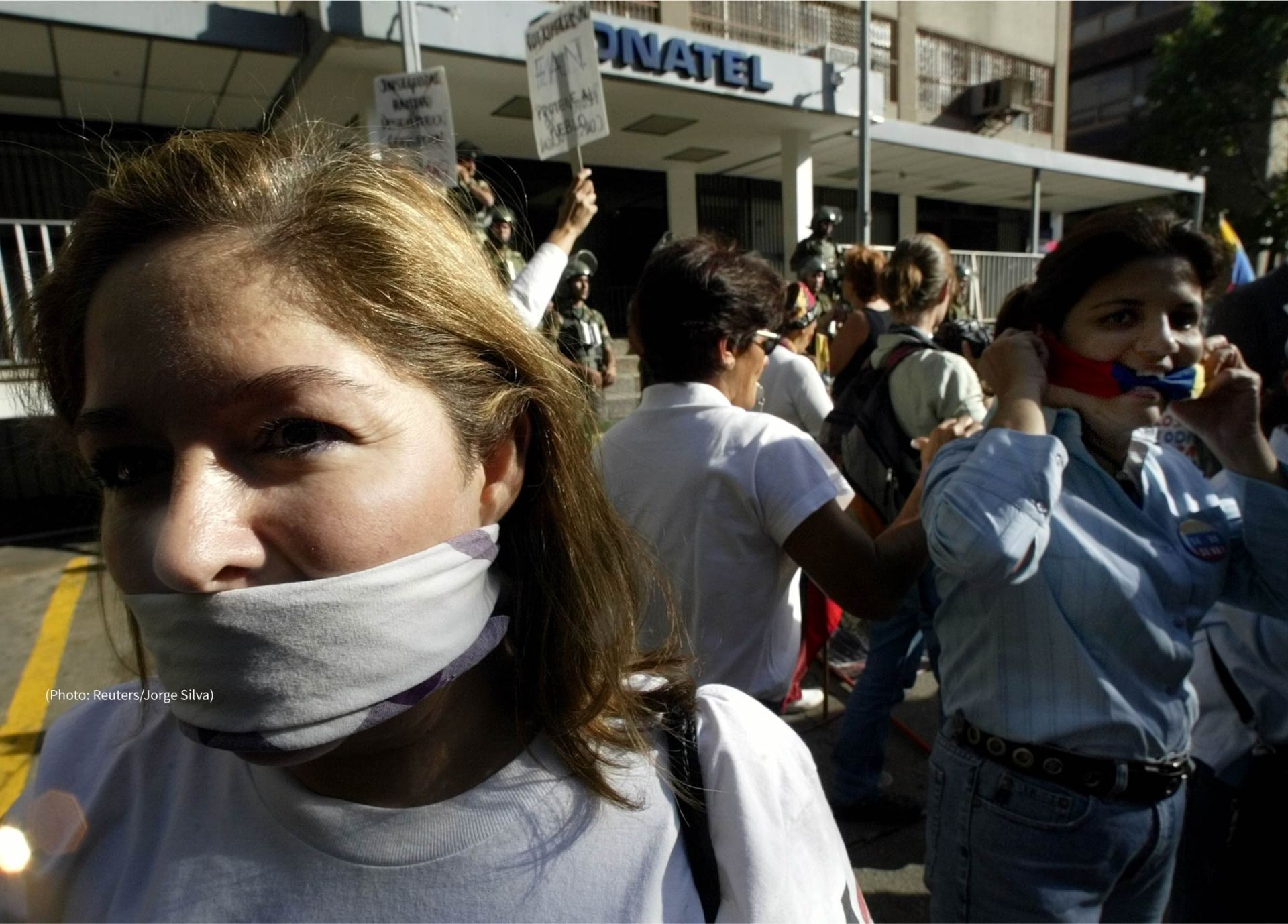 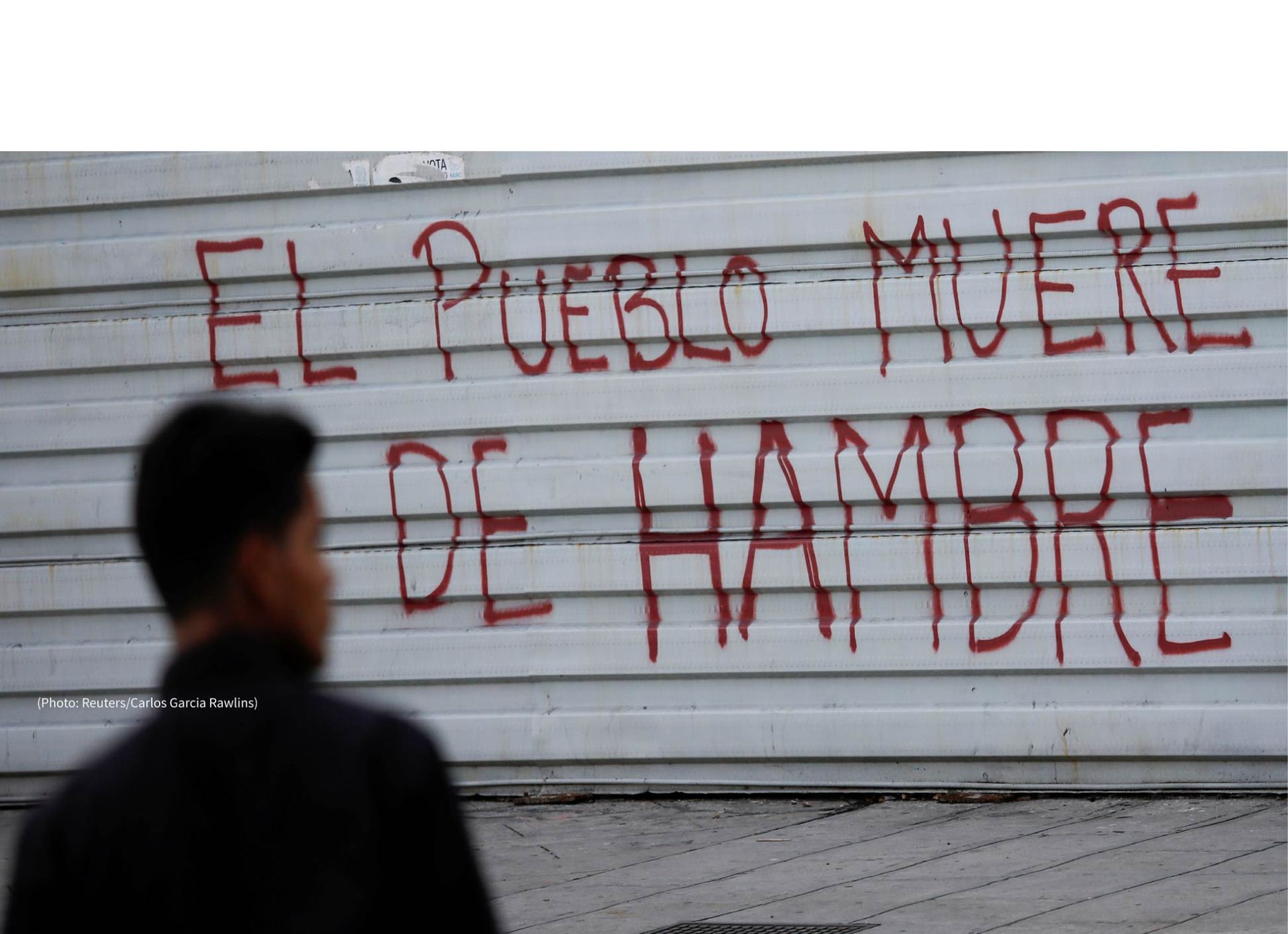 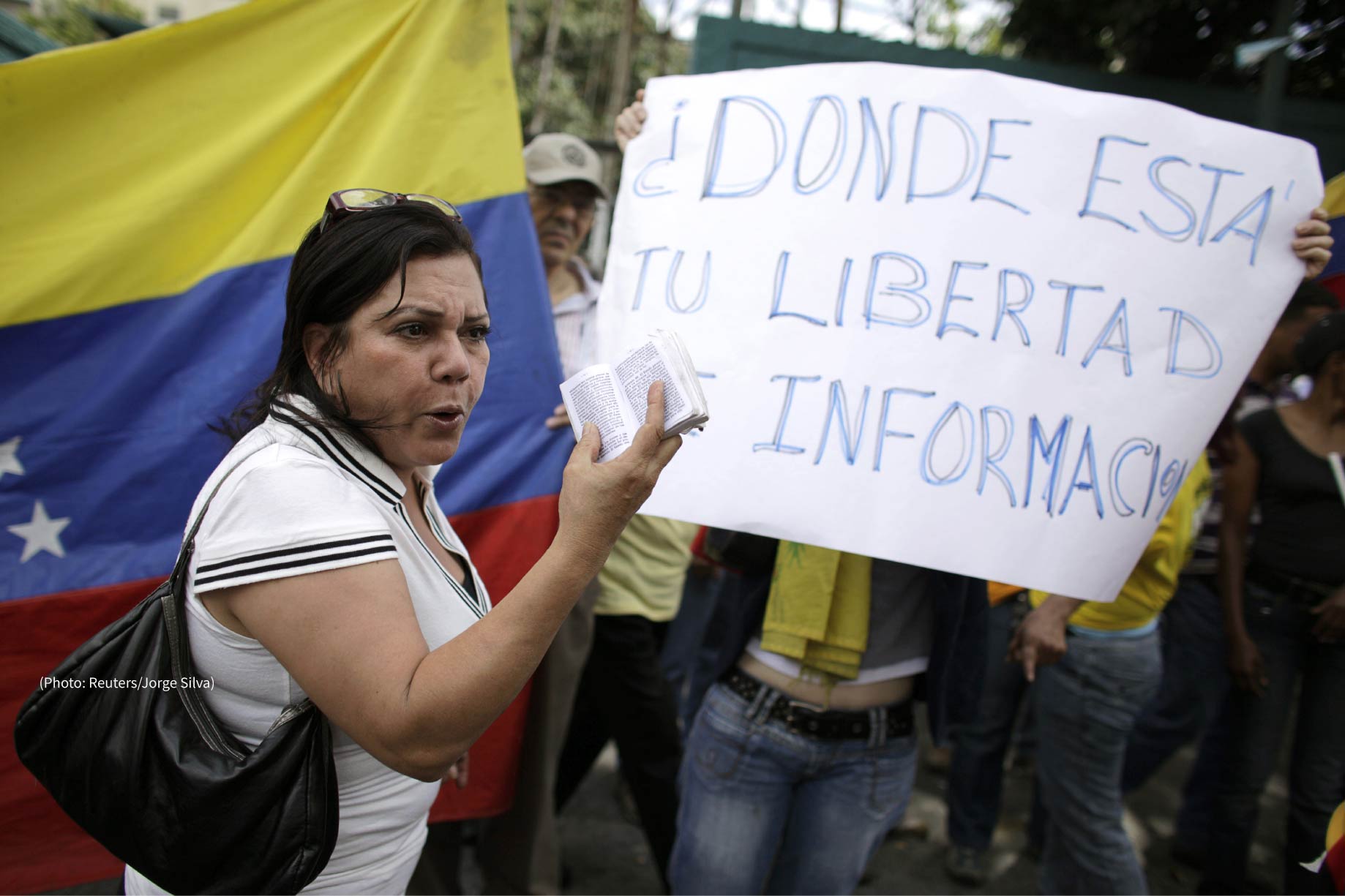 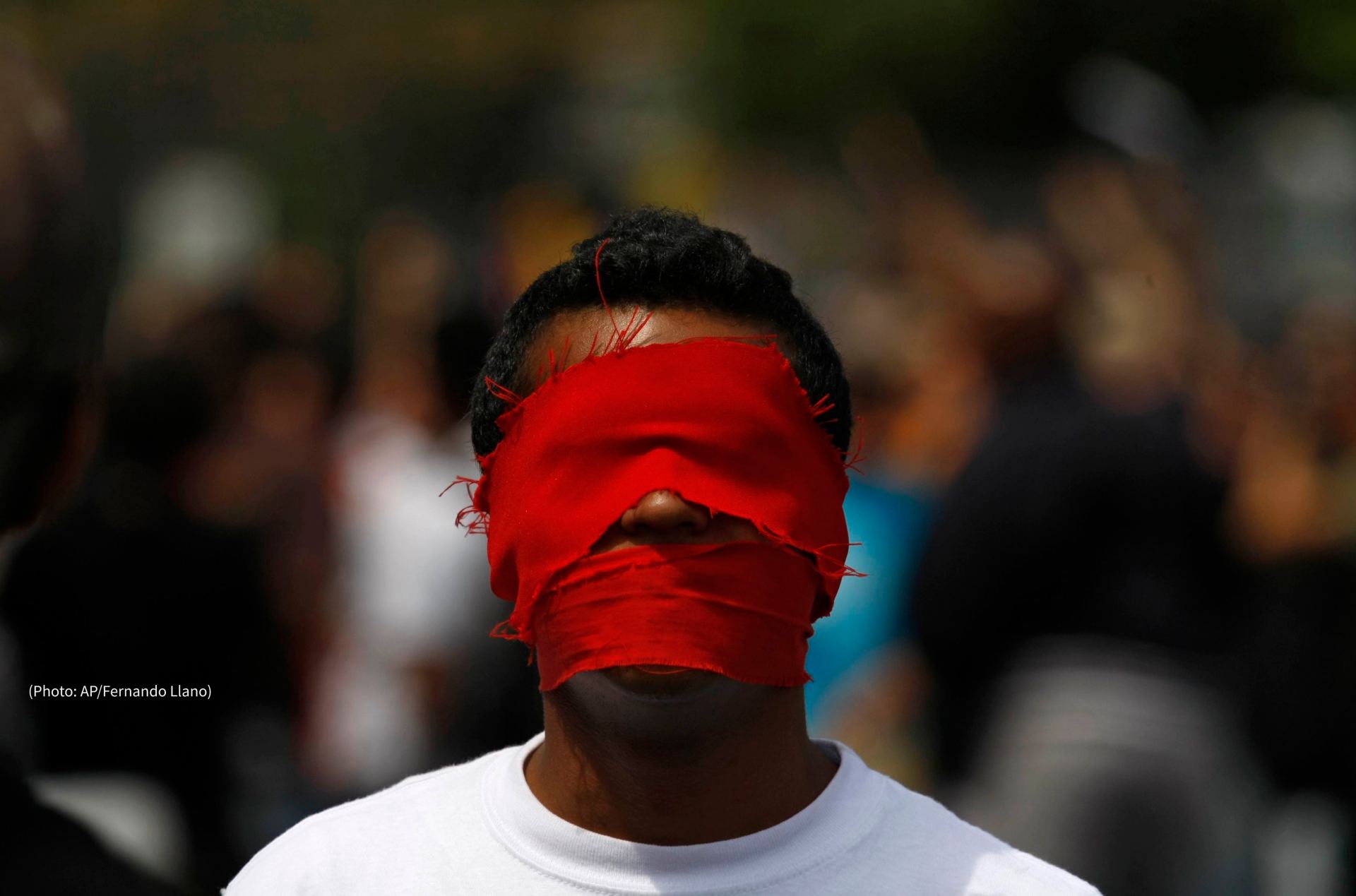 Radio is crucial to keeping Venezuela’s population informed, especially in remote areas, as many print newspapers have been forced to close, internet shutdowns have become more frequent, and television outlets have been censored. But this vital source of information is at risk of dying out, with the exception of stations that broadcast “government propaganda, including Chávez singing,” as José Gregorio Galindo, owner of Radio Criolla in the state of Apure, told CPJ in March 2020.

As Venezuelans try to navigate the COVID-19 pandemic in 2020 amid ongoing widespread shortages of basic necessities such as food, fuel, and medicines, the Maduro regime has continued to restrict reporting on the public health emergency, CPJ has documented. According to Espacio Público, nine stations have gone off the air in the first five months of 2020, including Rumbera 106.9, which was shut down by the Venezuelan telecommunications regulatory body, CONATEL, in May.

CPJ reached out to the Venezuelan communications ministry (MINCI) and CONATEL for comment via telephone but the calls to MINCI went unanswered, and when calling CONATEL CPJ reached an answering machine.

CPJ interviewed Galindo and four other owners or managers of stations that have been shut down by the government in March 2020; their responses have been edited for length and clarity. One of the interviewees asked to remain anonymous for security reasons. 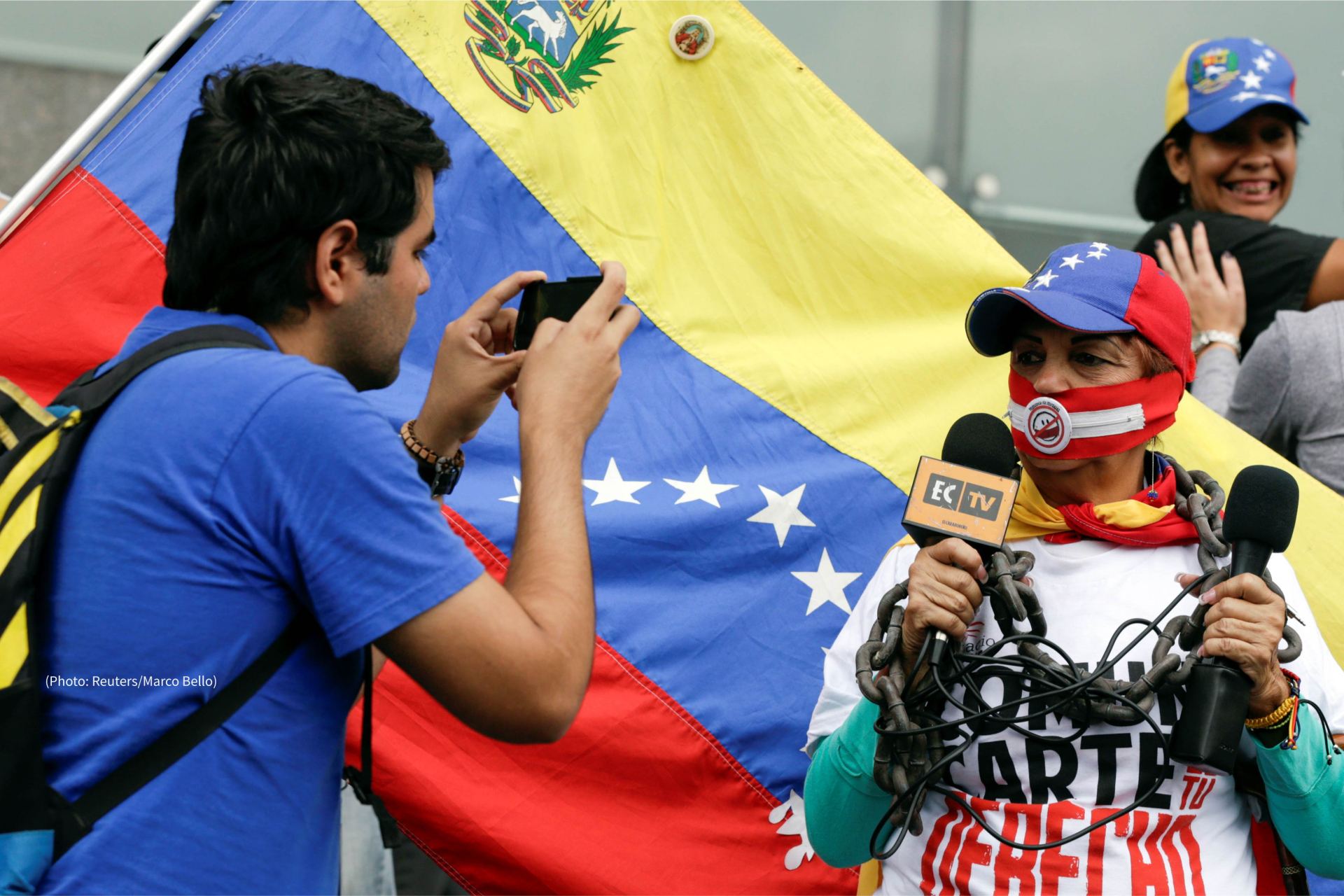 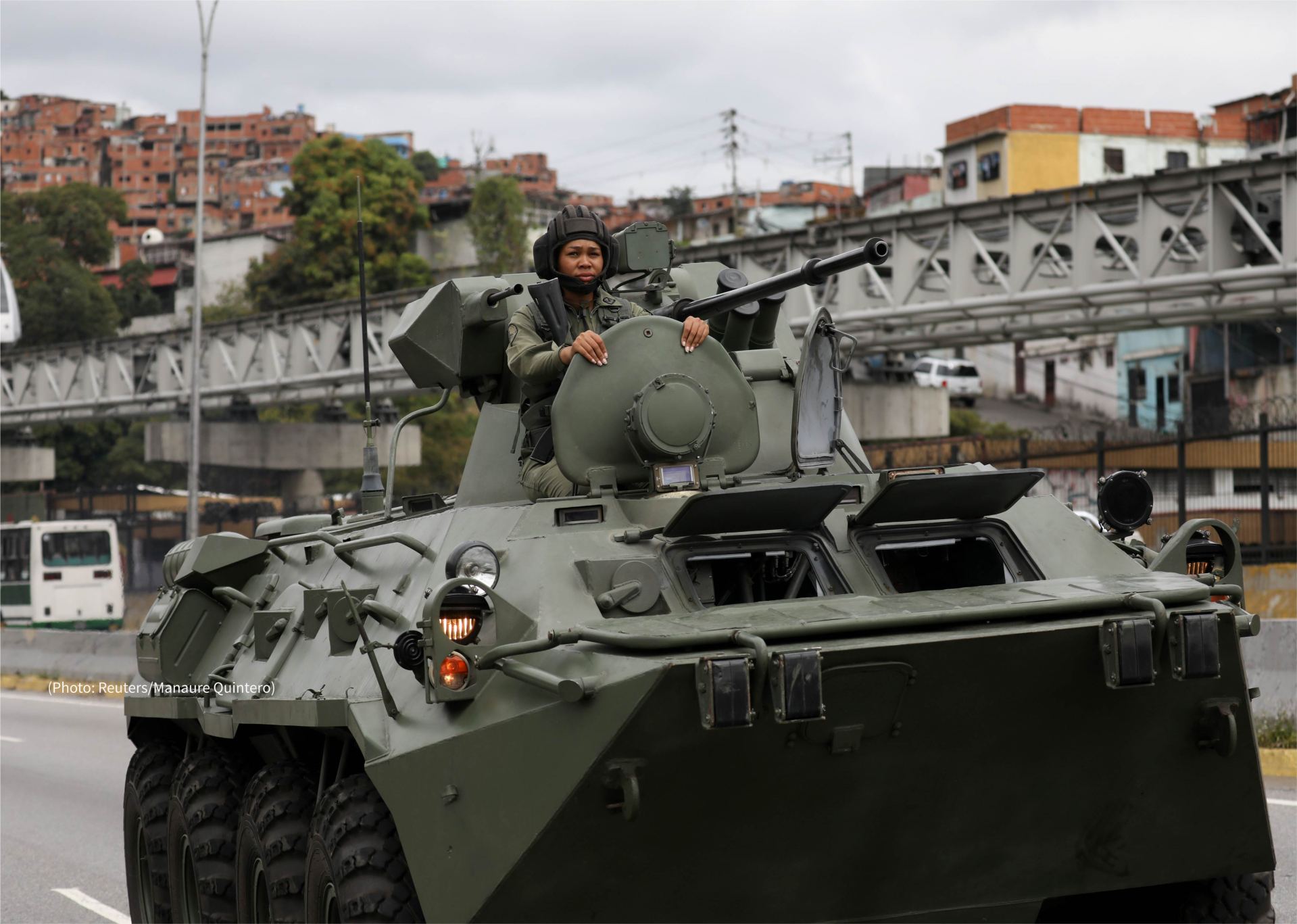 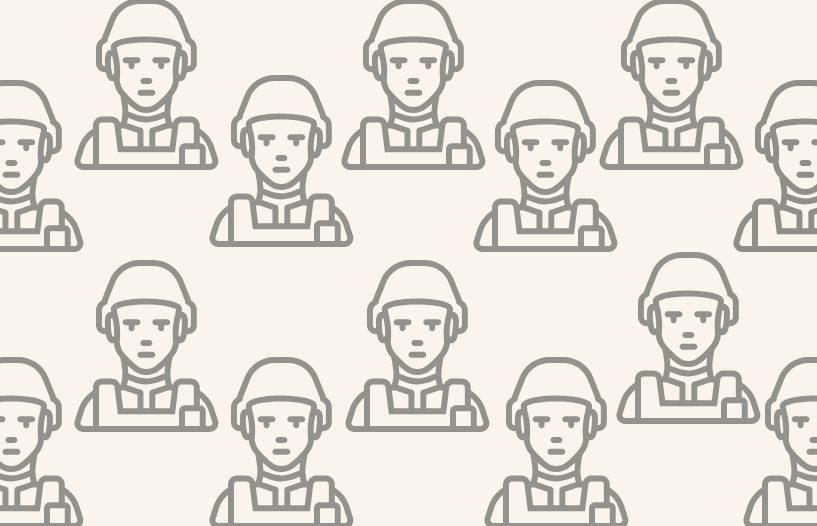 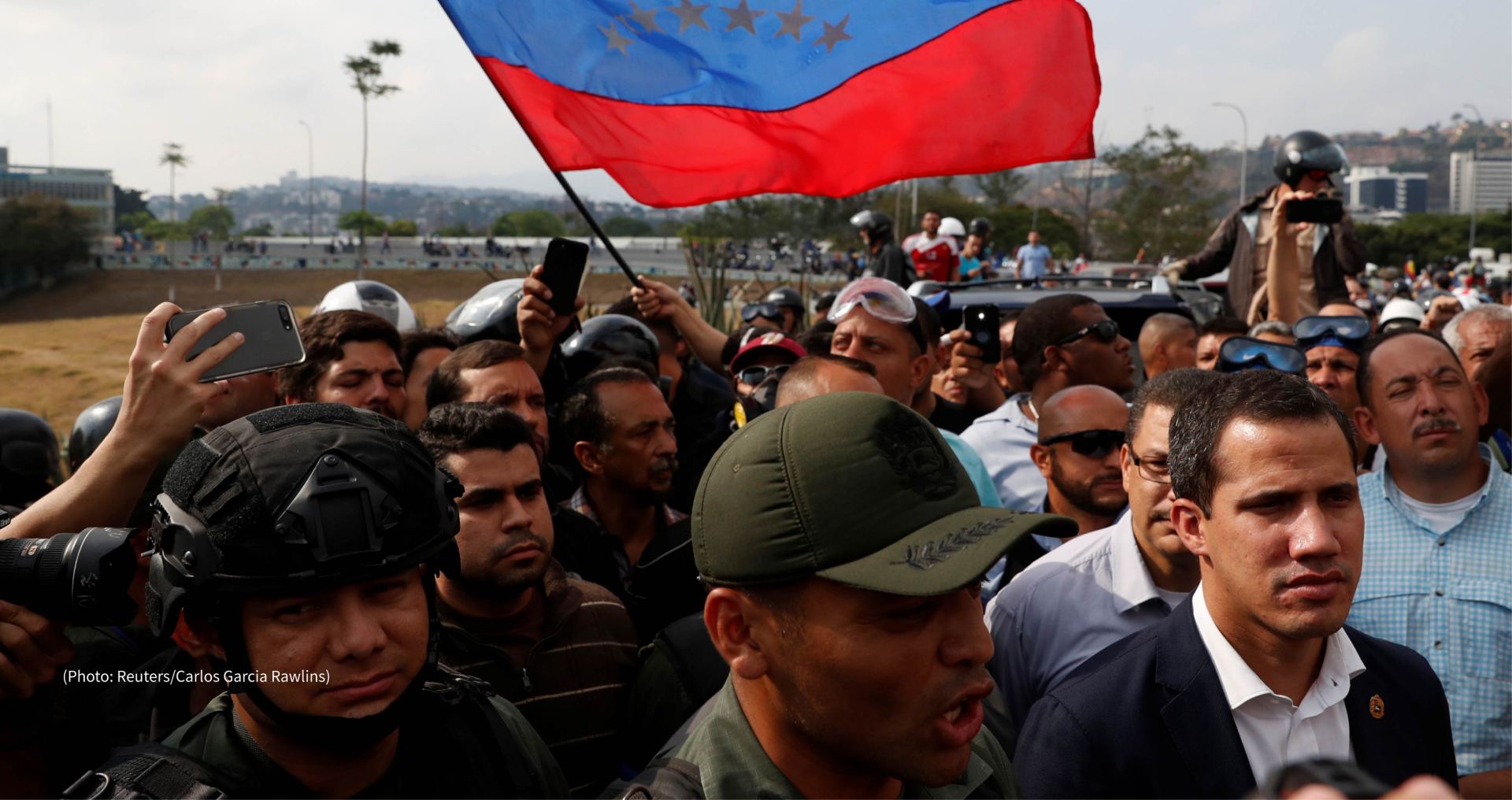 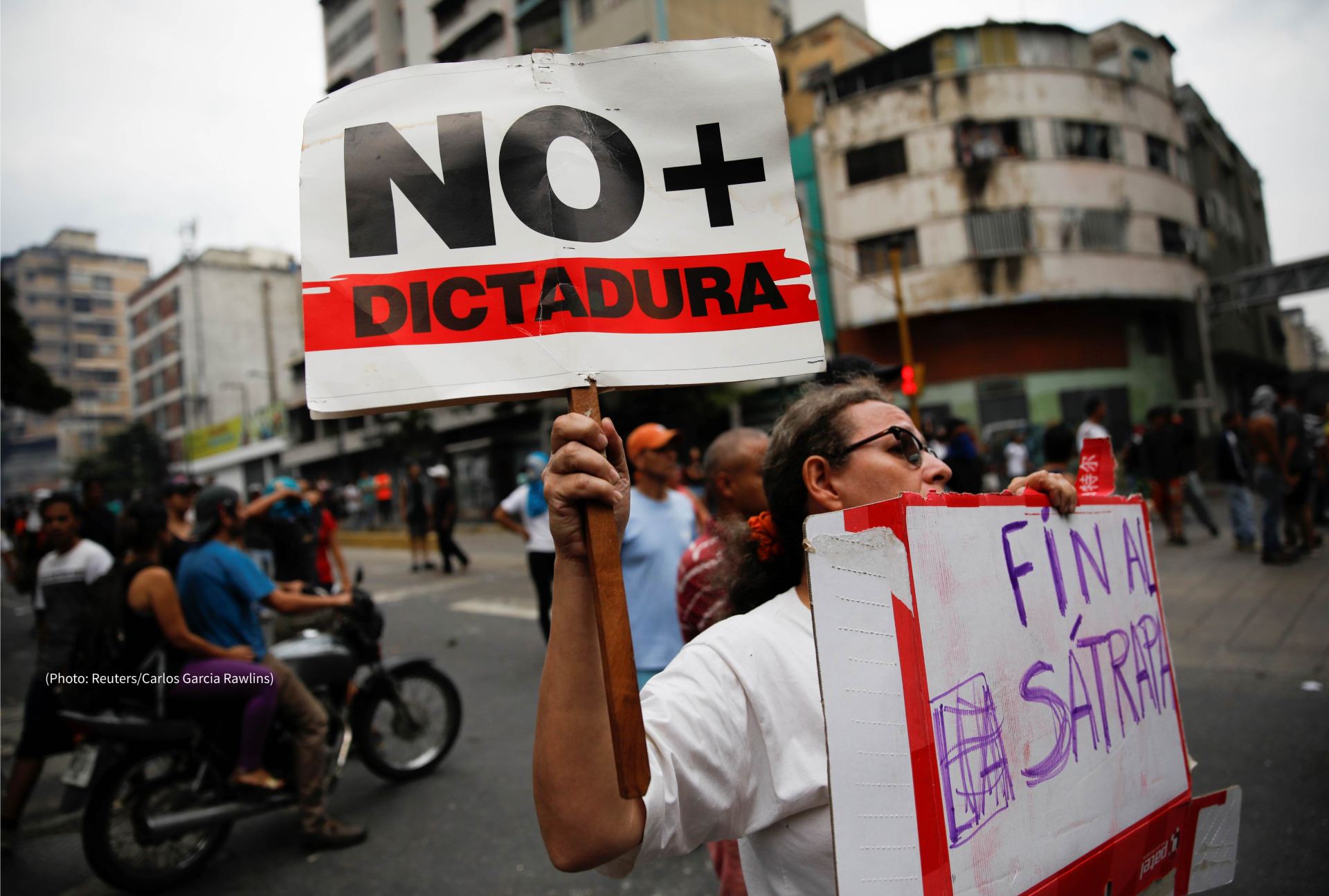 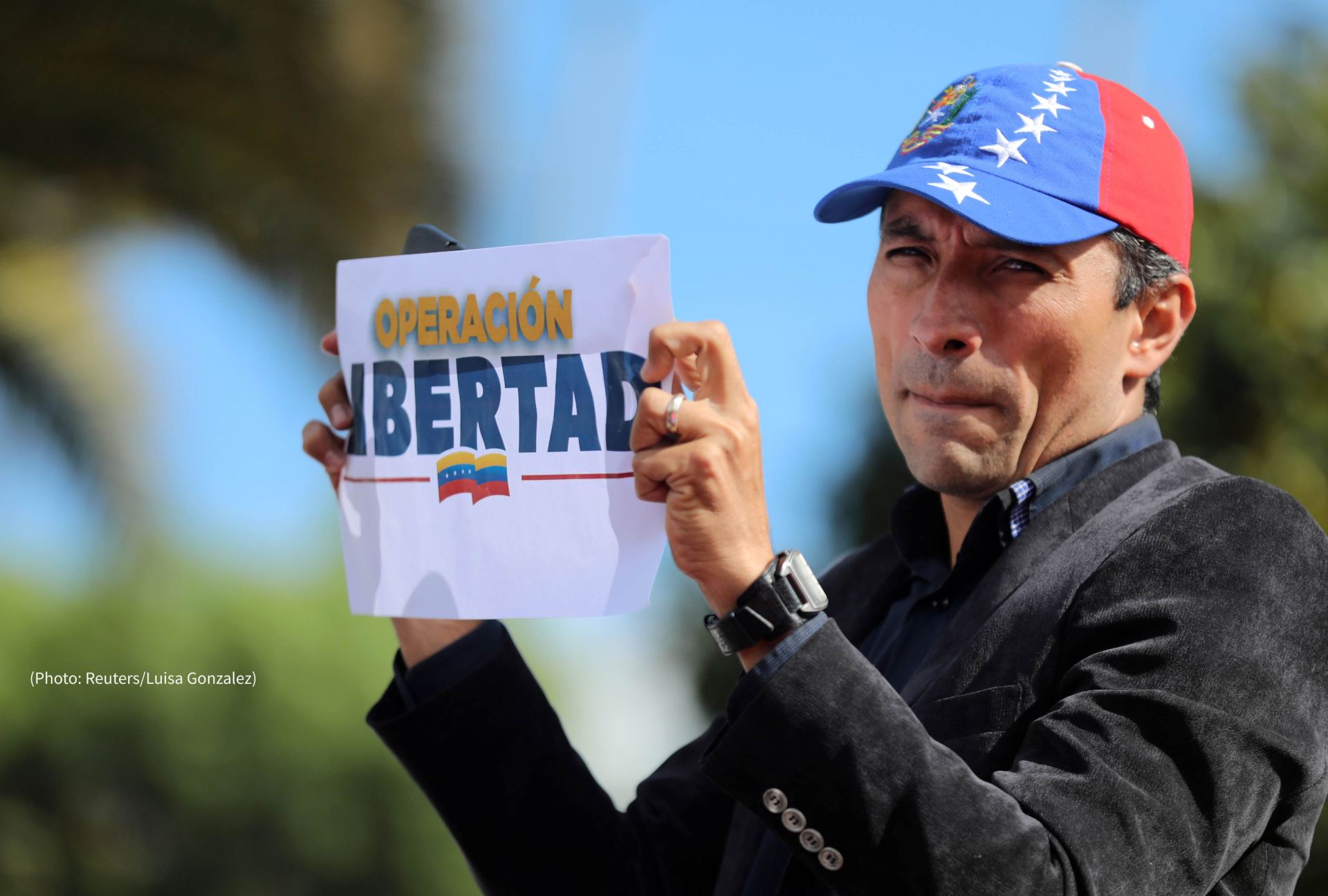 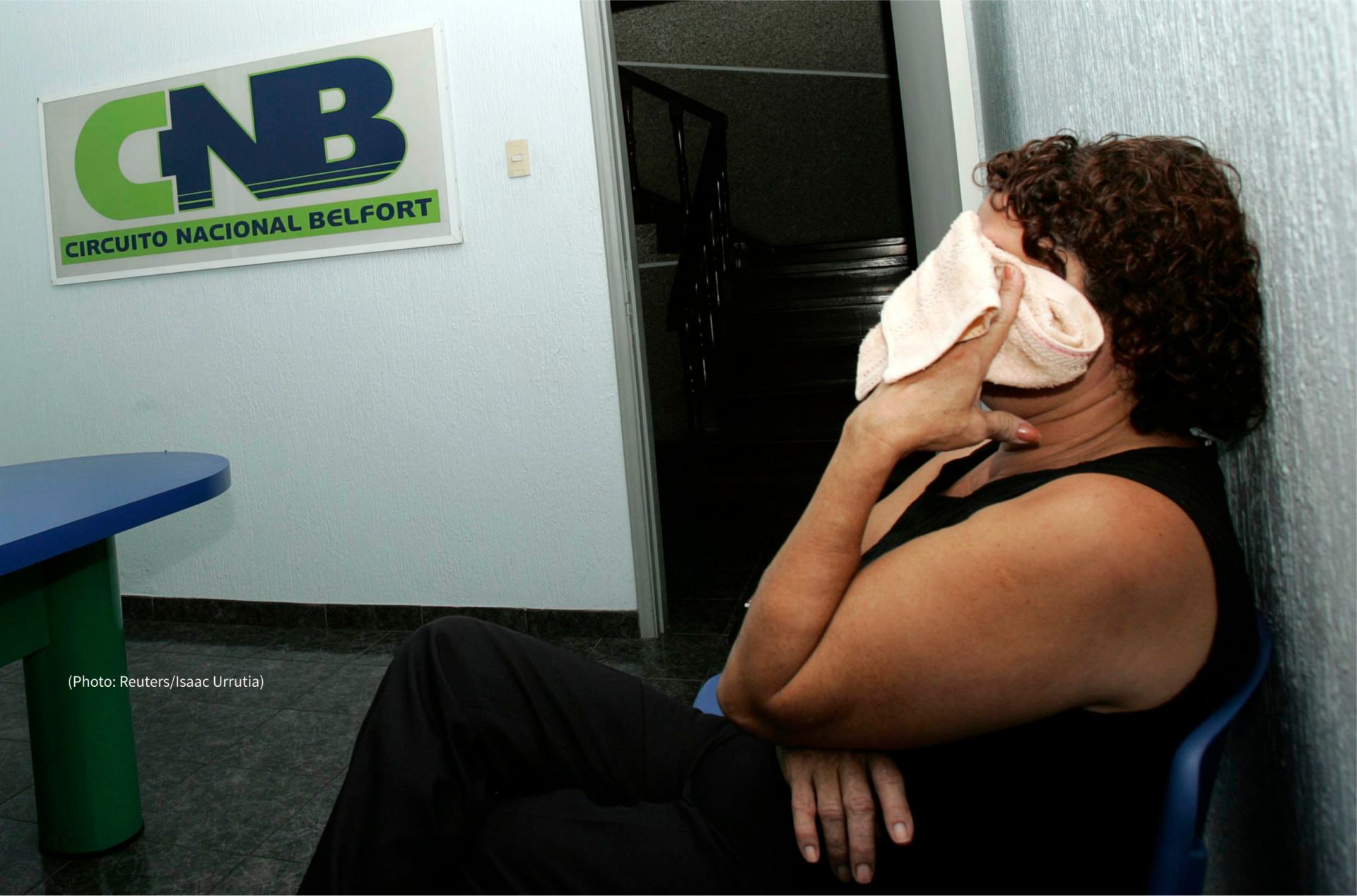 “After the shutdown of our station, there are no other independent outlets in the area …There is one radio station, which is leased by the mayor’s office, and all they broadcast is government propaganda, including Chávez singing. There is no news, never. Here there are no other outlets or news programs, only the ones owned or operated by the mayor. You go to the streets here and ask, ‘do you know that the opposition is calling for a protest tomorrow’? and nobody knows. But everyone will know for sure that Maduro promised to give a bonus.” (José Gregorio Galindo, Radio Criolla 92.9)

The shutdowns are often carried out by officials of CONATEL, accompanied by national guard troops or other military or police forces, and they have included the seizure of equipment and, at times, the destruction of offices and equipment, according to CPJ reporting and interviews with station owners. Also, when those implicated try to file a complaint at their local police stations, they are stonewalled, the director of Radio Caracas Radio (RCR), Jaime Nestares Phelps, told CPJ.

“[CONATEL] came, accompanied by National Guard agents wearing bullet proof vests, and took everything. They did not have a warrant, I was never notified of anything, nor was there an ongoing administrative process. I was afraid for the outlet’s employees who were there, so I asked them to leave the station alone. The agents were there from 9 a.m. to 5 p.m., they destroyed everything and stole our equipment. We were shut down, ransacked, looted, destroyed.” (CPJ interview with radio outlet owner, anonymous)

“CONATEL came with the National Guard, they took the equipment, they stole the equipment, microphones, internet modems, transmitter, everything, without providing any explanation. I opposed and they detained me, they took me out handcuffed, I was defending my property. I spent several hours arrested until they let me go.” (José Gregorio Galindo, Radio Criolla 92.9)

The station closures often coincided with protests or political turmoil, or when the outlets covered sensitive topics or opposition events, according to a CPJ analysis of the events and interviews with station owners.

The year 2017 brought the highest number of shutdowns, with 57, according to Espacio Público. That year, the country saw a wave of protests triggered by an attempt from the government-controlled Supreme Court to deprive the opposition-controlled National Assembly of its powers. As the demonstrations ballooned into huge crowds protesting the government and the humanitarian crisis nationwide, authorities responded by cracking down on protesters—and journalists covering the protests —and the opposition, and stepping up repression of the independent press.

A wave of 27 shutdowns occurred in 2019 after president of the National Assembly and leader of the opposition Juan Guaidó led an unsuccessful uprising against Maduro in what was called “Operation Freedom.” The following day, Radio Caracas Radio was shut down after 89 years on the air, CPJ documented.

“With the shutdown of our station, RCR, the government acted more violently. Soldiers dressed as civilians arrived carrying firearms. The top five components of the transmitter were stolen, it’s a $72,000 piece of equipment. It was absolutely illegal, illegitimate and violent.” (Jaime Nestares Phelps, Radio Caracas Radio 750 AM).

“Operation Freedom happened on April 29, 2019, and it was frustrating. We covered it, as best and carefully as possible, considering how sensitive it was. The following day I received tens of calls from people telling me ‘forget about the radio, the order has been issued to shut you down.’ Two weeks later CONATEL arrived at the station, they violently unplugged and stole all of the equipment. I don’t even know where the equipment is. They almost arrested the journalist who was there. It’s been a year, and I have never received any notification.” (Radio outlet owner, anonymous)

Note: CPJ would like to thank Venezuelan press freedom organization Espacio Público for granting permission to use its data for this piece. Espacio Público, which has been documenting every radio station pulled off the air in the country since 2004, includes in its data stations that were shut down due to orders or actions by authorities, as well as those forced off the air due to lack of basic services, including power and gasoline. Once Espacio Público is made aware of a shutdown via its permanent monitoring of the media landscape in the country, it documents each individual case and adds it to their database.