Speaking out against threats to press freedom in the US

Montana Congressman Greg Gianforte, who body slammed a Guardian reporter during his election campaign this year, agreed to meet with CPJ in October. But the meeting–scheduled to last for half an hour—lasted only seven minutes. CPJ barely had enough time to suggest ways for the congressman to promote and protect press freedom. So we followed up with a letter.

In the letter, CPJ described the threats that journalists face while reporting across the world. We pointed out several steps that Gianforte, as a member of Congress, could take to advance press freedom in the U.S. and globally, adding, “You have both the duty and power to ensure our government respects the rights of journalists in the U.S. and promotes press freedom around the world.”

Meanwhile, CPJ continues to speak out in defense of journalists in the U.S.

On October 11, President Trump tweeted, “With all of the Fake News coming out of NBC and the Networks, at what point is it appropriate to challenge their License? Bad for country!” The tweet was in response to a report by NBC News on the president’s alleged desire to increase the nuclear arsenal of the U.S. by nearly tenfold.

Such rhetoric is usually heard from autocratic leaders, like those of Turkey, Azerbaijan, Russia, and Saudi Arabia, and casts a chill on the press freedom environment in the United States. In a statement published on Twitter, CPJ wrote, “Trump’s assertion that NBC’s license could be challenged emboldens other governments to embrace authoritarian tendencies.”

The same day, while Trump welcomed Canadian Prime Minister Justin Trudeau in Washington, the president said, “It is frankly disgusting the way the press is able to write whatever they want to write.”

So CPJ spoke out again. CPJ Executive Director Joel Simon told The Washington Post, “When the president consistently speaks that way, there’s a loss of U.S. influence and credibility on matters of press freedom.” Going after journalists “shifts attention away from the underlying story,” Simon told Poynter, “which is probably what we should be focusing on.”

CPJ will continue to defend the right of journalists to report the news freely. To read about more press freedom incidents in the U.S., check out the U.S. Press Freedom Tracker.

When CPJ announced that Afrah Nasser, a Yemeni journalist who fled her home country in 2011, was one of our 2017 International Press Freedom Award winners, Nasser started her application for a U.S. visa so she could come to New York and accept her award in person. But the U.S. embassy in Sweden, where she lives, rejected her application–twice.

Finally, on October 23, the embassy granted her a visa. Part of the reason was a social media campaign that CPJ launched, calling on U.S. authorities to approve her application. “We know about your case,” the embassy officer told her. “We got some notes from several directions. … I am going to grant you the visa as we realized the significance of the award you got.”

CPJ is honored to present its award to Nasser, who has bravely reported on human rights violations, women’s issues, and press freedom in Yemen, despite death threats.

At a June panel co-sponsored by CPJ at the 35th session of the UN Human Rights Council in Geneva, Nasser spoke about the deterioration of press freedom in her home country. “The war has devastated everything you can imagine–freedom of expression, freedom of the press, the right to food, the right to live in dignity, the right to dream for a better tomorrow,” she said. “Above all, it has devastated Yemenis’ trust in humanity.”

As fighting continues to ravage Yemen, journalists face the risk of abduction or injury or death from airstrikes and crossfire. At least 16 journalists have been killed in direct relation to their work since the fighting broke out in 2011.

Click here for details on how to attend CPJ’s awards dinner and see Nasser in person!

Murder of Maltese journalist highlights global dangers to the press

In mid-October, Daphne Caruana Galizia, a prominent investigative journalist in Malta, was killed in a car bombing. The journalist, who reported on corruption and wrongdoing by Malta’s political elites, had told police two weeks prior that she had received death threats.

Galizia’s murder underscores the threats that journalists face all over the world. At least 811 journalists have been murdered for their work since CPJ began keeping detailed records in 1992. In only 4 percent of the cases have all the killers been held responsible.

CPJ is committed to fighting for justice in journalist murders. We have waged a Global Campaign Against Impunity for 10 years. We report on each case, meet with government officials, and highlight the issue in our work. CPJ also publishes an annual Impunity Index, which highlights countries where journalists are murdered and their killers go free.

Egypt should #FreeShawkan, in prison since 2013 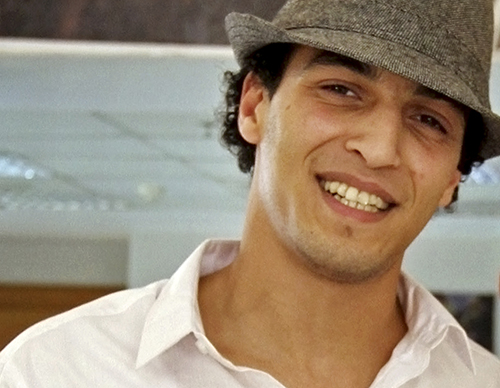 Egyptian photojournalist Shawkan in 2011, two years before he was imprisoned. (AP/Randa Shaath) 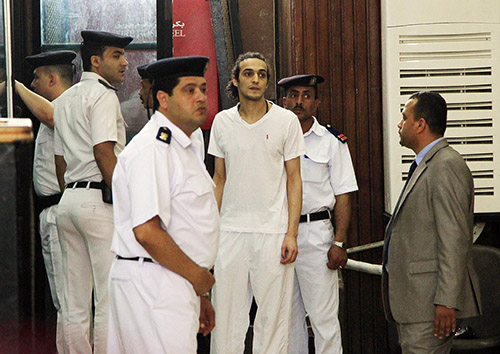 Shawkan appears before a judge for the first time in 2015 after spending more than 600 days in prison. (AP/El Shorouk/Lobna Tarek) 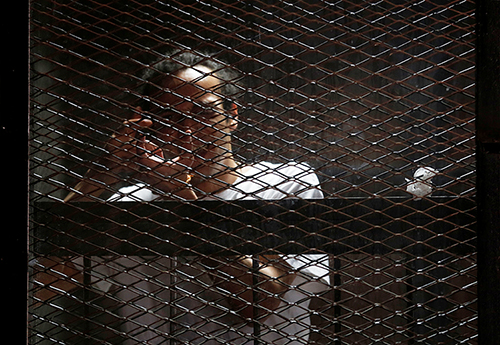 Shawkan gestures from behind bars while in court in 2016. (Reuters/Amr Abdallah Dalsh) 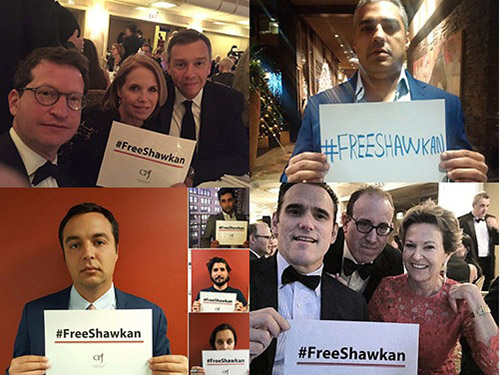 The Egyptian photojournalist, also known as Mahmoud Abou Zeid, was detained on August 14, 2013, while covering clashes between Egyptian security forces and supporters of ousted President Mohamed Morsi in Cairo. He was charged with weapons possession, illegal assembly, murder, and attempted murder, the same allegations levied against hundreds of protesters detained during the clashes. He denied all of the charges.

Shawkan’s trial has been delayed repeatedly–more than 60 times–and his health has begun to deteriorate in prison. The journalist is anemic and needs blood transfusions. His family told CPJ that the prison doctor’s recommendation to transfer Shawkan to a hospital was denied.

In 2016, CPJ honored Shawkan with an International Press Freedom Award, which he could not accept because he was behind bars. We will keep his award until he can attend our dinner and accept the award in person.

CPJ also included Shawkan in our “Press Uncuffed” campaign that called on authorities to release journalists jailed in relation to their work. Shawkan was also featured in CPJ’s “Ten journalists to free from prison,” a 2014 World Press Freedom Day initiative that called for the release of imprisoned journalists.

CPJ does not believe that journalists should be jailed for their work. We will continue to call on Egyptian authorities to release Shawkan and all other journalists imprisoned in the country.

“Trump takes his media-bashing to a new extreme,” The L.A. Times

“Trump’s threats against the press may be toothless. But they’re far from harmless,” The Washington Post

“Donald Trump’s latest attack on the press is ignorant and wrongheaded,” The Nation

“Can the First Amendment save us?,” Columbia Journalism Review

“Rep who body-slammed a journalist bailed on a meeting about empowering the press,” The Huffington Post

“Reporter Ben Jacobs ‘disappointed’ with congressman who body-slammed him,” Forward

“What foreigners really see when they come to America,” Vanity Fair

“The tragic legacy of Raqqa is Being Slaughtered Silently,” The New Yorker