Your signature has been added!

View signatures on the petition page» 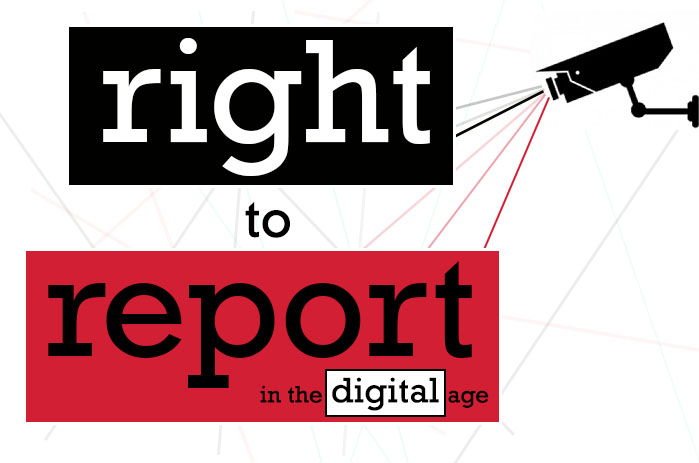 Revelations about surveillance, intimidation, and exploitation of the press have raised unsettling questions about whether the U.S. and other Western democracies risk undermining journalists’ ability to report in the digital age. They also give ammunition to repressive governments seeking to tighten restrictions on media and the Internet. When journalists believe they might be targeted by government hackers, pulled into a criminal investigation, or searched and interrogated about their work at the U.S. border, their ability to inform the public erodes. If journalists cannot communicate in confidence with sources, they cannot do their jobs. Join us. Support the right to report. Sign the Petition ›

Reports that the NSA and allied spy agencies surveilled journalists–including a report that the NSA hacked Al-Jazeera–create a chilling effect on the press. CPJ calls on the White House to lead by example and prohibit these practices.

Government officials have secretly subpoenaed journalists’ phone records and emails as part of criminal investigations into leaks of classified information, and named journalists “co-conspirators” and “accomplices” in alleged crimes. A prominent journalist faces prison for not disclosing his sources. The U.S. government should limit aggressive prosecutions that ensnare journalists and intimidate whistleblowers.

Harassment at the U.S. border

Documentary filmmaker Laura Poitras says she was stopped or searched at the U.S. border approximately 40 times between 2006-2012. New York Times journalists C.J. Chivers and Mac William Bishop were detained before leaving on a reporting trip for Syria in 2013, and Bishop was detained on his way back into the U.S. On The Media reporter Sarah Abdurrahman was stopped and held for hours without explanation on her way back from Canada in 2013. Journalists should not be harassed at the U.S. border.

How journalists can protect themselves

Journalists can take simple but effective steps to protect themselves, their work, and their sources from government spying. CPJ’s Journalist Security Guide explores these technologies and more.