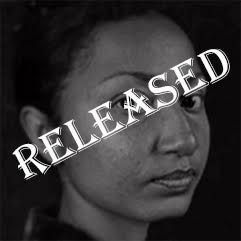 After 4 years in prison on anti-state charges and amid deteriorating health conditions, Reeyot has been released. Thank you all who supported her!

Ethiopian security forces arrested Reeyot, a prominent, critical columnist for the leading independent weekly Feteh, at an Addis Ababa high school where she taught English. Authorities raided her home and seized documents and other materials before taking her into custody at the Maekelawi federal detention center.

Ethiopian government spokesman Shimelis Kemal said Reeyot was among several people accused of planning terrorist attacks on infrastructure, telecommunications, and power lines in the country with the support of an unnamed international terrorist group and Ethiopia’s neighbor, Eritrea, according to news reports. Authorities filed terrorism charges against Reeyot in September 2011, according to local journalists.

The High Court sentenced Reeyot in January 2012 to 14 years in prison for planning a terrorist act; possessing property for a terrorist act; and promoting a terrorist act. The conviction was based on emails she had received from pro-opposition discussion groups; reports she had sent to the U.S.-based opposition news site Ethiopian Review; and unspecified money transfers from her bank account, according to court documents reviewed by CPJ.

CPJ believes Reeyot’s conviction is due to columns she wrote that accused authorities of governing by coercion, by (for example) allowing access to economic and educational opportunities only to those who were members of the ruling party, according to CPJ’s review of the translations in 2013. In the last column published before her arrest, she wrote that the ruling party had deluded itself in believing it held the legitimacy of popular support in the way of late Libyan leader Muammar Qaddafi, according to local journalists.

In August 2012, the Supreme Court overturned Reeyot’s conviction on the planning and possession charges, but upheld the charge of promoting terrorism. The court reduced her sentence to five years. In January 2013, the Ethiopian Court of Cassation, the last resort for legal appeals in Ethiopia, rejected Reeyot’s appeal, according to news reports. She is being held at Kality Prison in Addis Ababa.

In September 2013, prison officials limited Reeyot’s visitors to her parents, denying visits from her fiancé, relatives, and friends. The journalist waged a four-day hunger strike in protest. Kemal said that Reeyot was being disciplined for violating prison laws, but did not elaborate, according to news reports.

Reeyot’s health has deteriorated while in prison. According to a medical report shown to family members, she suffered from non-cancerous tumors in her breasts. Reeyot refused surgery in May 2014, saying she had not been allowed access to family or recovery care after receiving surgery in 2012. According to relatives, the tumor has increased and has not had any follow up for over nine months. “It is three years, nine months and twenty one days since Reeyot has been arrested,” writes her sister Eskadar Alemu. “She is suffering from severe and chronic gastritis, sinusitis and breast pains. There is no treatment for her breast tumor and no one is allowed to visit her except her father and mother.”

In April 2013, Reeyot won the 2013 UNESCO-Guillermo Cano World Press Freedom Prize in recognition of her courage and commitment to freedom of expression.

On April 8, 2015, Reeyot wrote this powerful letter from prison. In it she writes, “For those of you who may ask: ‘What can you do?’ my answer will be a quote from a book titled Yefikir Abiyot. It says: ‘I can’t do everything but not being able to do everything can’t stop me from doing what I can'”.