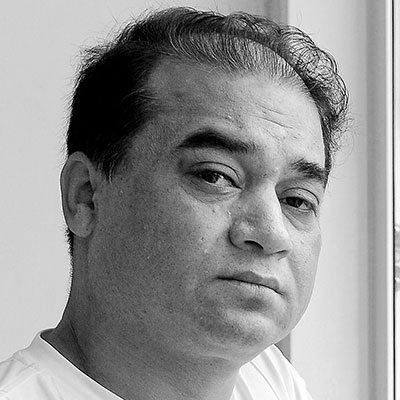 To learn more about the leading jailer of journalists in the world, see “In China, mainstream media as well as dissidents under increasing pressure“

Tohti, a Uighur scholar, writer, and blogger, was taken from his home by police on January 15, 2014, and the Uighurbiz website he founded, also known as UighurOnline, was closed. The site, which Tohti started in 2006, was published in Chinese and Uighur, and focused on social issues.

Tohti was charged with separatism by Urumqi police on February 20, 2014. He was accused of using his position as a lecturer at Minzu University of China to spread separatist ideas through Uighurbiz. On September 23, 2014, at the Urumqi Intermediate People’s Court, Tohti was sentenced to life imprisonment. He denied the charges.

Several foreign governments and human rights organizations protested the sentence. The European Union released a statement condemning the life sentence as unjustified. U.S. Secretary of State John Kerry said the U.S. was concerned by the sentencing and called on Chinese authorities to release him, along with seven of his students.

Tohti’s appeal request was rejected at a hearing in a Xinjiang detention center on November 21 that was scheduled at such short notice that his lawyer was unable to attend.

A secret trial was held in November for seven of his students. Perhat Halmurat, Shohret Nijat, Luo Yuwei, Mutellip Imin, Abduqeyum Ablimit, Atikem Rozi and Akbar Imin were all charged with being involved with Uighurbiz, according to Tohti’s lawyer Li Fanping. Many were administrators for the site, according to state media. According to the political prisoner database of the Congressional Executive Commission on China (CECC), an organization set up by Congress to monitor human rights and laws in China, Rozi and Imin wrote for the site. Imin, who is from Xinjiang and enrolled at Istanbul University in Turkey, has a personal blog too. He was arrested as he tried to leave China. According to the CECC, Rozi is being held in an undisclosed prison near Beijing, and Imin is being held in Hetian prefecture in Xinjiang. According to The New York Times, three of the students made televised confessions on the state-run China Central Television in September, saying they worked for the site. Halmurat claimed to have written an article, Nijat claimed to have taken part in editorial policy decisions, and Luo, from the Yi minority, claimed to have done design work. According to CECC, Halmurat is in an unspecified prison in Urumqi in Xinjiang. The whereabouts of the remaining students have not been released.

Tohti has asked to be moved to a Beijing prison to be nearer his wife and children, his lawyer told The Washington Post. As of late 2014, he had not had contact with his wife since being detained.

Tohti is a member of Uighur PEN, an honorary member of the Independent Chinese PEN Center, and PEN America.