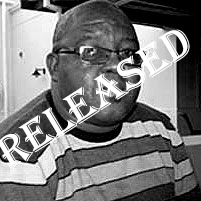 On June 30, 2015, the Swaziland Supreme Court released Bheki Makhubu from prison after the crown prosecution chose not to oppose his appeal against his conviction.

Makhubu, editor of the monthly news magazine The Nation, was arrested and charged with contempt of court and scandalizing the judiciary, according to news reports.

The charges were in connection with an article published in the February 2014 issue that criticized the detention of a government vehicle inspector on the order of Swaziland Chief Justice Michael Ramodibedi. The article claimed Ramodibedi had abused his authority by issuing an arrest warrant for the vehicle inspector, Bhantshana Gwebu, on contempt of court charges after he had stopped and impounded a government vehicle used by another judge without authorization.

Makhubu was first arrested on March 18, 2014, on Ramodibedi’s order, according to news reports. He was released on April 6, 2014, after a judge rejected the arrest warrants for Makhubu and human rights lawyer Thulani Maseko, a columnist for The Nation. Three days later, both Makhubu and Maseko were re-arrested after Judge Mpendulo Simelane appealed their release and reinstated the charges against them.

On July 25, 2014, after the pair had been detained for more than three months without bail, Judge Simelane sentenced Makhubu and Maseko to two years in jail without the option of a fine. According to news reports, the judge said the term was meant to be a deterrent to other journalists.

Both Makhubu and Maseko appealed their April 9 re-arrest. The appeal was ongoing in late 2014.

On June 30, 2015, the Swaziland Supreme Court released Bheki Makhubu from prison after the crown prosecution chose not to oppose his appeal against his conviction.