Editor’s note: The original text of this alert has been altered to correct the number of journalists killed in the West Bank and Gaza since 2001, and the number killed by Israeli Defense Forces. 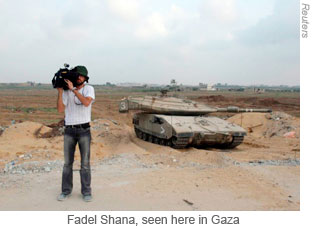 At least nine journalists have been killed in the West Bank and Gaza since 2001, eight in shootings by Israeli Defense Forces. Previous investigations into journalist deaths at the hands of the IDF have been marred by a lack of transparency and accountability.