A look behind the ‘Moroccan Façade’ 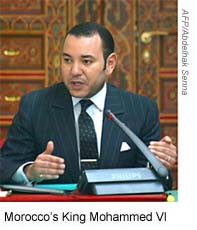 Moroccan authorities have exploited a politicized judiciary and restrictive laws to clamp down on critical journalists, leading to a significant deterioration in press freedom, CPJ has found in a special report released today, “The Moroccan Façade.” In a series of politicized court cases, at least five Moroccan journalists have been hit with disproportionate financial penalties, five have been handed suspended jail terms, two have been forced out of the country, and one has been banned from journalism. Editors and writers critical of King Mohammed VI (pictured) and the palace are targeted. The report, written by CPJ’s Joel Campagna and Kamel Labidi, was based on a 10-day mission to Rabat and Casablanca led by board member Dave Marash.

Russian journalists Yuri Bagrov and Fatima Tlisova joined CPJ Program Coordinator Nina Ognianova on June 28 to brief the Congressional Human Rights Caucus about widespread impunity in attacks on the Russian press. The reporters recently left Russia after repeated threats. The delegation voiced its deep concern about the growing number of critical Russian journalists murdered, attacked, and threatened in retaliation for their work, along with the failure of Russian authorities to apprehend and punish those responsible. CPJ research shows that Russia is the third deadliest country in the world for journalists.

Hundreds of journalists in exile, CPJ finds in new report 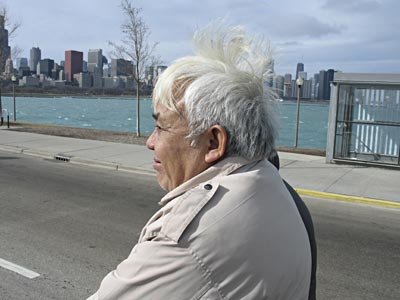 At least three journalists a month since 2001 have fled their native countries to escape violence, imprisonment, or harassment, CPJ found in a new report for World Refugee Day, June 20. CPJ has documented 243 cases over the past six years in which journalists were forced into exile. Only one in seven exiled journalists ever returns home, and those who remain in exile face slim opportunities in their profession, according to the authors, CPJ Journalist Assistance Coordinator Elisabeth Witchel and Program Associate Karen Phillips. The report received extensive international news coverage, including an appearance by CPJ Executive Director Joel Simon on CNN’s “International Correspondents.” Hear Witchel tell the story of exiled Burmese journalist Maung Maung Kyaw Win (pictured) in this audio slideshow.

CPJ welcomes to the United States 4-year-old Stanley Mathieu, son of Haitian journalists Rony and Micheline Mathieu, radio reporters who came to this country after receiving death threats in 2005 in response to Rony Mathieu’s reporting on police misconduct. The child was reunited with his parents last week in New York after being separated for nearly two years. CPJ’s journalist assistance program worked with the Mathieus on their asylum application and subsequent petition for Stanley’s visa.

CPJ Americas Program Coordinator Carlos Lauría traveled to Mexico City on June 25 to meet with the special prosecutor for crimes against the press, along with top federal prosecutors, legislators, journalists, and advocates. He also participated in a June 28 forum organized by the Rory Peck Trust on press freedom conditions in Mexico.

CPJ Program Coordinator Bob Dietz outlined the emerging role of fixers and the dangers they face in Afghanistan and Iraq during a June 26 panel, “Fixers on the Frontlines,” sponsored by the Steven Vincent Foundation and Friends of Jassim. Dietz was joined by former Pakistani fixer Majeed Babar, filmmaker Micah Garen, Iraqi journalist Ayub Nuri, George Packer of The New Yorker, and Lisa Ramaci, the widow of slain U.S. journalist Steven Vincent.

CPJ board member Gene Roberts led a luncheon discussion on June 21 on his Pulitzer Prize-winning book, The Race Beat: The Press, the Civil Rights Struggle, and the Awakening of a Nation, written with Hank Klibanoff. The book describes how the U.S. press came to recognize the importance of the civil rights struggle and turn it into one of the most significant domestic news events of the 20th century.

Board member Norman Pearlstine will lead a July 17 luncheon discussion on his new book, Off the Record: The Press, the Government, and the War over Anonymous Sources. The discussion will be at CPJ offices from 12:30 to 2 p.m. To attend, please contact Denise Abatemarco at [email protected] or (212) 465 9344 Ext. 122. Space is limited.