Join CPJ in calling on the White House to respect journalists’ right to gather and report the news in the digital age.

Revelations about surveillance, intimidation, and exploitation of the press have raised unsettling questions about whether the U.S. and other Western democracies risk undermining journalists’ ability to report in the digital age. They also give ammunition to repressive governments seeking to tighten restrictions on media and the Internet. Among the most chilling reports based on documents leaked by Edward Snowden are those suggesting U.S. and allied intelligence agencies targeted news organizations, journalists, and human rights groups for surveillance. When journalists believe they might be targeted by government hackers, pulled into a criminal investigation, or searched and interrogated about their work at the U.S. border, their ability to inform the public erodes. If journalists cannot communicate in confidence with sources, they cannot do their jobs. The free flow of information and the right of journalists to do their jobs in the digital age must be protected.

Join us. Support the right to report.

We support the right to gather and report the news in the digital age. We call on the Obama Administration to: 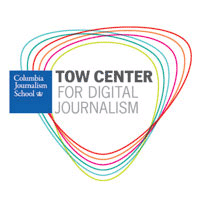