The Committee to Protect Journalists welcomed the news on March 29, 2019, that Alaa Abdelfattah was released after serving his full five-year sentence. Despite walking out of jail, he is not entirely free. For five more years, the blogger will have to report to a police station daily at 6 p.m. It is left to the discretion of the officer on duty as to whether he spends the night in a cell, or signs in and leaves. CPJ calls for the immediate removal of all conditions on his release. 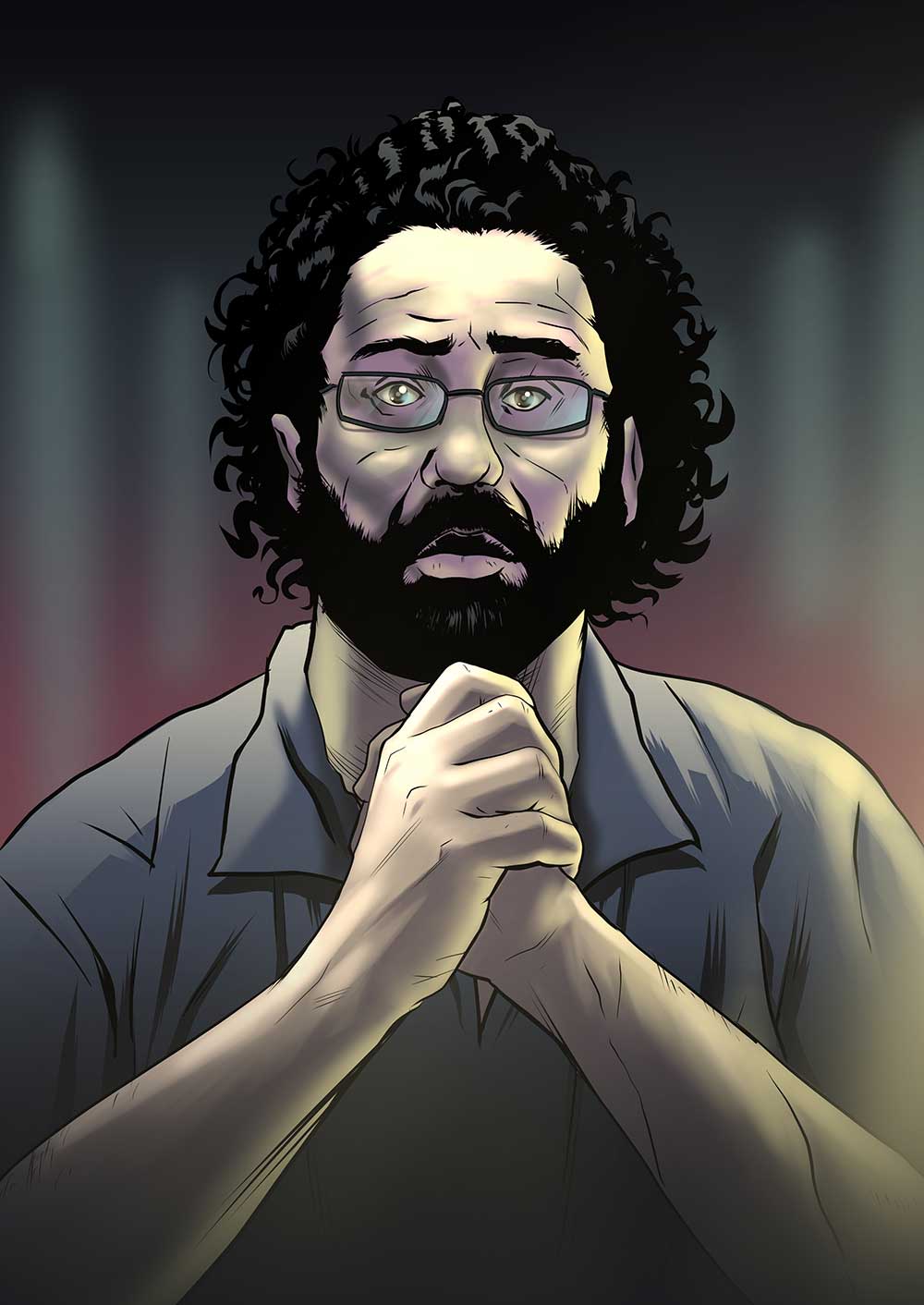 Tweet: #Egypt remains one of the worst jailers of journalists. Egyptian blogger Alaa Abdelfattah has spent too long behind bars. He and all imprisoned journalists should be released immediately #freethepress

Abdelfattah, a prominent blogger and activist who has written about politics and human rights violations for numerous outlets, including the independent al-Shorouk newspaper and the progressive Mada Masr news website, is serving a five-year prison sentence for organizing an illegal protest and assaulting a police officer. Abdelfattah denies the charges.

In late 2017, the blogger was standing trial in a separate case on charges of “insulting the judiciary” on the internet and in media appearances, for which he could face a three-year prison sentence, according to news reports and a statement from the blogger’s family. The blogger’s writing and social media posts were part of the evidence presented by the prosecution, his family and lawyers told CPJ. Co-defendants in this case include former Muslim Brotherhood President Mohamed Morsi and a number of journalists and politicians.

Abdelfattah’s current sentence is based on charges that he organized a protest against the trial of civilians in military courts on November 26, 2013, and assaulted a police officer. The following day, an arrest warrant was issued for him and armed agents raided Abdelfattah’s Cairo home and took him away for questioning, his family said. Abdelfattah’s family, lawyers, and several human rights organizations told CPJ they believe the blogger was charged at least partly in retaliation for his writing about alleged human rights abuses by the police and security forces.

Abdelfattah was held in pretrial detention as the trial began on December 4, 2013. He was granted bail in March 2014, according to news reports.

On June 11, 2014, Abdelfattah was barred from entering the courtroom when a judge sentenced him in absentia to 15 years in jail, according to reports. The blogger was then taken into custody from outside the courtroom, according to his family and news reports. Under Egyptian law, cases that conclude with a sentence issued in absentia are referred automatically to retrial.

In September 2014, Abdelfattah was released pending retrial. When the retrial began in October 2014, he was taken back into custody, according to news reports.

Abdelfattah’s sister Mona Seif was among several witnesses who testified in court that the journalist was not among the organizers of the protest. Seif said that she and other members of the No Military Trials group had claimed responsibility for organizing the protest, according to news reports. Defense lawyers submitted cell phone records proving Abdelfattah was not at the site of the protest at the same time as the police officer he was accused of assaulting, the family told CPJ.

The prosecution submitted as evidence tweets and quotes from Abdelfattah’s writing in which he was critical of the judiciary and security forces, his family and lawyers told CPJ. State media broadcast tweets and excerpts of Abdelfattah’s articles and Facebook posts, branding them proof of his anti-state beliefs, according to news reports.

The court sentenced him to five years in prison on February 23, 2015. On November 8, 2017, a Cairo Cassation Court rejected the journalist’s appeal and upheld the sentence against him, according to news reports.

Abdelfattah was detained previously for his writing, according to news reports. In October 2011, the blogger was arrested after writing about the Maspero massacre, in which 26 protesters, mostly Coptic Christians, died when the military ran over demonstrators with tanks.

Abdelfattah is held in Cairo’s Tora prison where he is periodically denied access to books, pens, and paper, according to his family. Close relatives are able to visit him, according to the family.

The journalist has written a series of articles from prison, including a March 2017 article on the changing roles of bloggers and activists, and how governments jail activists like himself to create a chilling effect among those who are free.