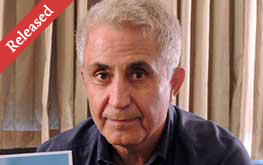 Police detained Musa Kart, a cartoonist for the embattled pro-opposition newspaper Cumhuriyet, in a raid of the newspaper’s main office in Istanbul on October 31, 2016, alongside at least 11 other staff members and board members of the foundation that publishes it.

The Chief Prosecutor’s Office of Istanbul released an official statement soon after the raid, saying the journalists were detained on suspicion of producing propaganda for the Kurdistan Workers’ Party (PKK) and what the government calls the Fethullah Gülen Terror Organization (FETÖ), two rival groups the Turkish government classes as terrorist organizations. The statement said investigators were looking into alleged irregularities in the last elections of the board of directors of the foundation that owns Cumhuriyet, and that the newspaper published pro-coup propaganda in advance of a July 2016 failed coup attempt.

Istanbul’s Ninth Court of Penal Peace on November 6, 2016, jailed Kart and eight other Cumhuriyet journalists and directors, pending trial on accusations of “acting on behalf of an armed terrorist organization while not being a member.” Because an October 30, 2016, court order has made the investigation into the newspaper, its staff, and employees secret, defense lawyers and the public have limited access to the state’s evidence.

Cumhuriyet reportedthat the court’s order to jail Kart and his colleagues pending trial cited several of the newspaper’s news stories and headlines that authorities claimed were propaganda for FETÖ and the PKK.

Among the reports that interrogators raised was a 2015 article alleging that Turkey’s intelligence service was smuggling weapons to Islamist groups in Syria under cover of humanitarian aid, according to Cumhuriyet. Can Dündar-who resigned as the newspaper’s editor in August 2016 and announced he would not return to Turkey until the state of emergency imposed after the July 2016 failed coup attempt was lifted-and former Ankara correspondent Erdem Gül face a separate trial in connection with that report. CPJ in November 2016 honored Dündar with its International Press Freedom Award.

Cumhuriyet also reported, citing the court document, that authorities accused the newspaper of being sympathetic to the Gülenist network because the newspaper referred to the group as the “Hizmet movement,” as its adherents do, rather than using the government’s name, FETÖ. Authorities argued that Cumhuriyet, Turkey’s oldest newspaper, had changed its editorial policy, and that it was being manipulated by FETÖ and the PKK, Cumhuriyet reported.

As of late 2016, Kart was jailed at Silivri Prison in Istanbul, pending trial, the date of which had not been set, according to press reports.

Speak up for Musa Kart

Tweet: A cartoonist is not a criminal. Authorities in Turkey must release Musa Kart immediately #FreeThePress