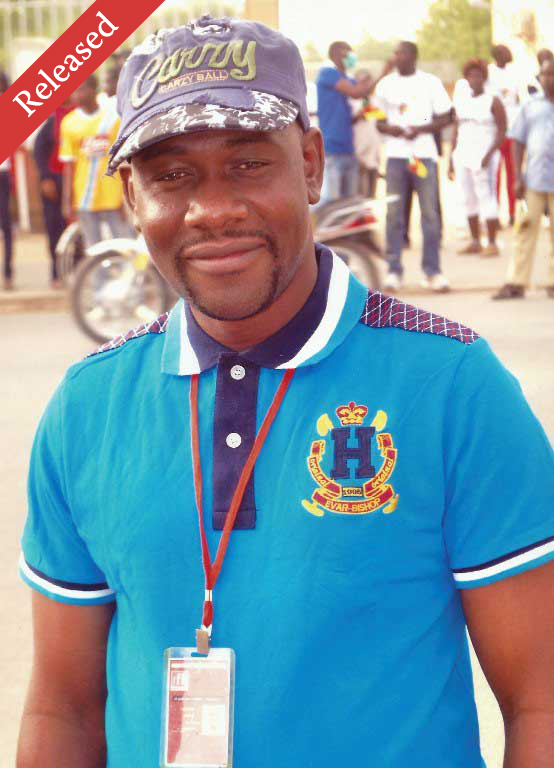 Abba was arrested on July 30, 2015, as he left a press briefing at the office of a local governor in Maroua, the capital of Cameroon’s far north region, according to RFI. The journalist, who was subsequently taken to Yaoundé, was denied access to a lawyer until October 19, 2015, RFI told CPJ. Officials did not take a statement from Abba until November 13, more than three months after his arrest, which is against the law, according to news reports that cited his lawyers.

RFI cited Charles Tchoungang, a lawyer for Abba, as saying that the journalist was questioned about the activities of the extremist sect Boko Haram, which has renamed itself the Islamic State in West Africa. Prosecutors said Abba did not inform authorities he had been in contact with Boko Haram. Abba pleaded not guilty on August 3, 2016.

RFI reported that Abba mostly covered refugee issues but also covered attacks carried out by Boko Haram. In a June 2016 statement RFI said Abba’s reporting is professional and called for his immediate release.

Abba, who went on trial on February 29, 2016, was initially charged with complicity in acts of terrorism and failure to denounce acts of terrorism, under the country’s 2014 anti-terrorism law, according to reports . After numerous court appearances and delays, a military tribunal on April 20, 2017, acquitted Abba of “apologizing for acts of terrorism” but convicted him of the two other terrorism-related charges.

On April 24, a military court in Cameroon sentenced Abba to 10 years in prison and ordered him to make a payment of 55 million Central African francs (US$91,133) Nakong, told CPJ. Abba immediately began appealing the sentence, Nakong said.

After a postponement on August 17, Abba was permitted to speak in his defense during an appeal court appearance on November 16, 2017, according to Nakong and media reports. Nakong told CPJ that the prosecution did not present any new witnesses or evidence.

On December 16, the night before appearing before the appeal court, Abba was honored in New York as one of CPJ’s 2017 International Press Freedom Awardees. The award will remain at the CPJ office until Abba comes to accept it in person.

Abba’s then ongoing case was also featured in CPJ’s September 2017 special report on the use of anti-terrorism legislation against journalists in Cameroon.

A military appeal court ruling on December 21 resulting in his release the following day, according to Nakong.

Statement: In Cameroon, Ahmed Abba sentenced to 10 years in jail