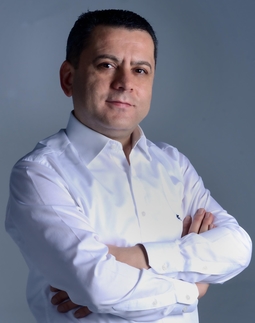 Police in Istanbul detained Abdullah Kılıç, a former columnist for the shuttered daily newspaper Meydan, on July 25, 2016, as part of a sweeping purge of suspected followers of exiled preacher Fethullah Gülen. The Turkish government accuses Gülen of maintaining a terrorist organization and “parallel state structure” (FETÖ/PDY, as the government calls it) within Turkey and alleges that it masterminded a failed July 2016 military coup. Istanbul’s First Court of Penal Peace ordered the journalist jailed pending trial on terrorism charges.

According to records of the columnist’s interrogation and the order jailing him, which CPJ reviewed, prosecutors interrogated Kılıç on the suspicion that he was a member of FETÖ/PDY’s “media arm,” based on his work for Zaman and other newspapers the government accuses of manipulating the public to support the organization and the attempted coup. Prosecutors questioned the journalist on suspicion of “committing crimes in the name of a [terrorist] organization without being a member,” “knowingly and willingly helping a [terrorist] organization without being involved in the organization’s hierarchical structure,” “founding or leading an armed terrorist organization,” and “being member of an armed terrorist organization,” according to the documents.

Kılıç denied the charges, the documents show. He said that though he once worked at Zaman, he had subsequently worked at other newspapers and television stations and had reported critically on the Gülenist network. A court in March 2016 ordered the government to appoint trustees to manage Feza Media Group, which formerly published Zaman, saying the company had links to the Gülenist network. The government then used emergency powers it assumed after the failed July 2016 coup attempt to order the newspaper closed by decree on July 27, 2016. Kılıç also said that he had criticized previous attempted coups in documentaries, columns, and on social media.

Kılıç said that he left Meydan in April 2015, after Turkish President Recep Tayyip Erdoğan in a speech warned, “For the last time: those who stay within this [Gülenist] structure will pay the price and suffer consequences,” and that he had worked in the flower business since. Meydan and more than 100 other media outlets were closed by decree along with Zaman on July 27.

The Çağlayan courthouse in Istanbul will hold continues hearing from March 27 to 31. Kılıç’s case will be included in the hearing.

Speak up for Abdullah Kılıç

Tweet: Abdullah Kılıç has been imprisoned for too long for his journalism--Turkey should free Kılıç immediately #FreeThePress